As described in my prior post Learning the Exit (part 1), I have a model that indicates mean reversion entries with ~81% accuracy, however I did not have a good approach in handling the exit. While 81% of MR signals had a minimum profit of 25% (of prior amplitude), the mean profit available was 150%, pointing to a larger profit opportunity to be had if can better handle the exit.

I have found it very difficult to predict the magnitude of the optimal MR returns a-priori (at the point of entry) in these scenarios, achieving a \(r^2\) of only 20% with various regression models. Hence the approach calls for online decision making as to how to position and when to exit post entry.

We want to determine a policy function \(\pi_{\theta}(a | s_t)\) to indicate the appropriate action to taken for each bar post entry. In order to learn this function, be it with a genetic algorithm or reinforcement learning, we need to define an objective/reward function.

The reward function should include the following objectives:

Many papers take the approach of deferring reward until position exit, i.e. rewarding \(r_t = 0\) from \(T_{entry}\) to \(T_{exit-1}\) while in position, and only presenting the cumulative reward at \(T_{exit-1}\). However, this approach leads to the credit assignment problem, where individual actions during the holding period have an unassigned reward, requiring the RL algorithm to approximate the implied reward through some form of backward induction.

We will avoid the credit assignment problem, and hopefully motivate a faster and more accurate convergence towards a policy model. Providing continuous reward also should make the problem more amenable to gradient descent approaches.

Making use of our Labeler, we can label the cumulative return from the start of the MR signaling \(T_{start}\) to some maximum \(T_{start} + \Delta T\). Using these labels can determine the extent of upward, downward, and sideways price (return) movements.

For each “bar” we will assign a reward based on the direction of the labeled extents: 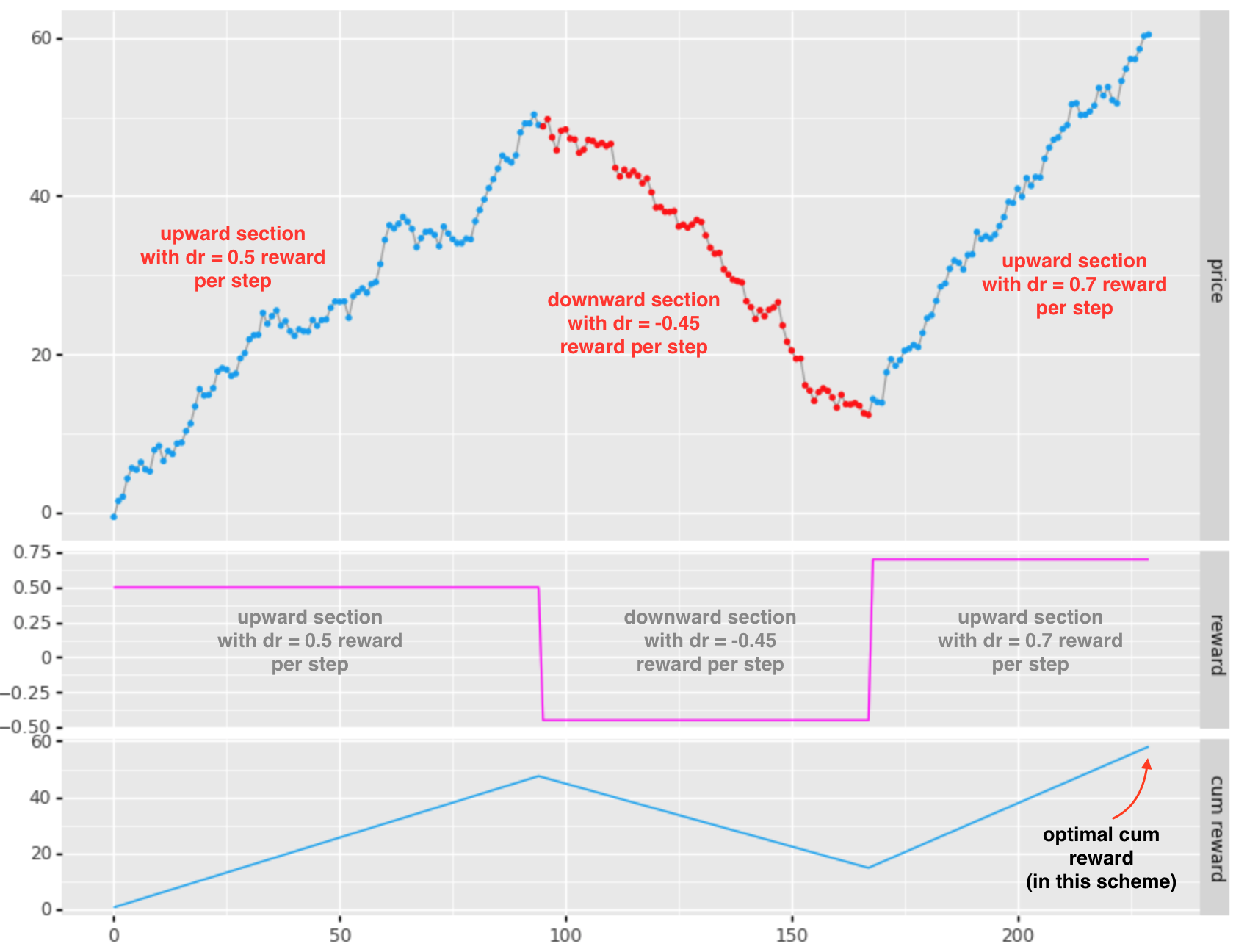 The cumulative reward in this scheme seems to be headed in the right direction, however takes considerable drawdown risk (-39 bps) in order to achieve an additional 10bps. I would like to see the optimum at the end of the 1st upward section (in this case).

Using a penalty of 2.0x for downward moves, the reward and cumulative looks like: 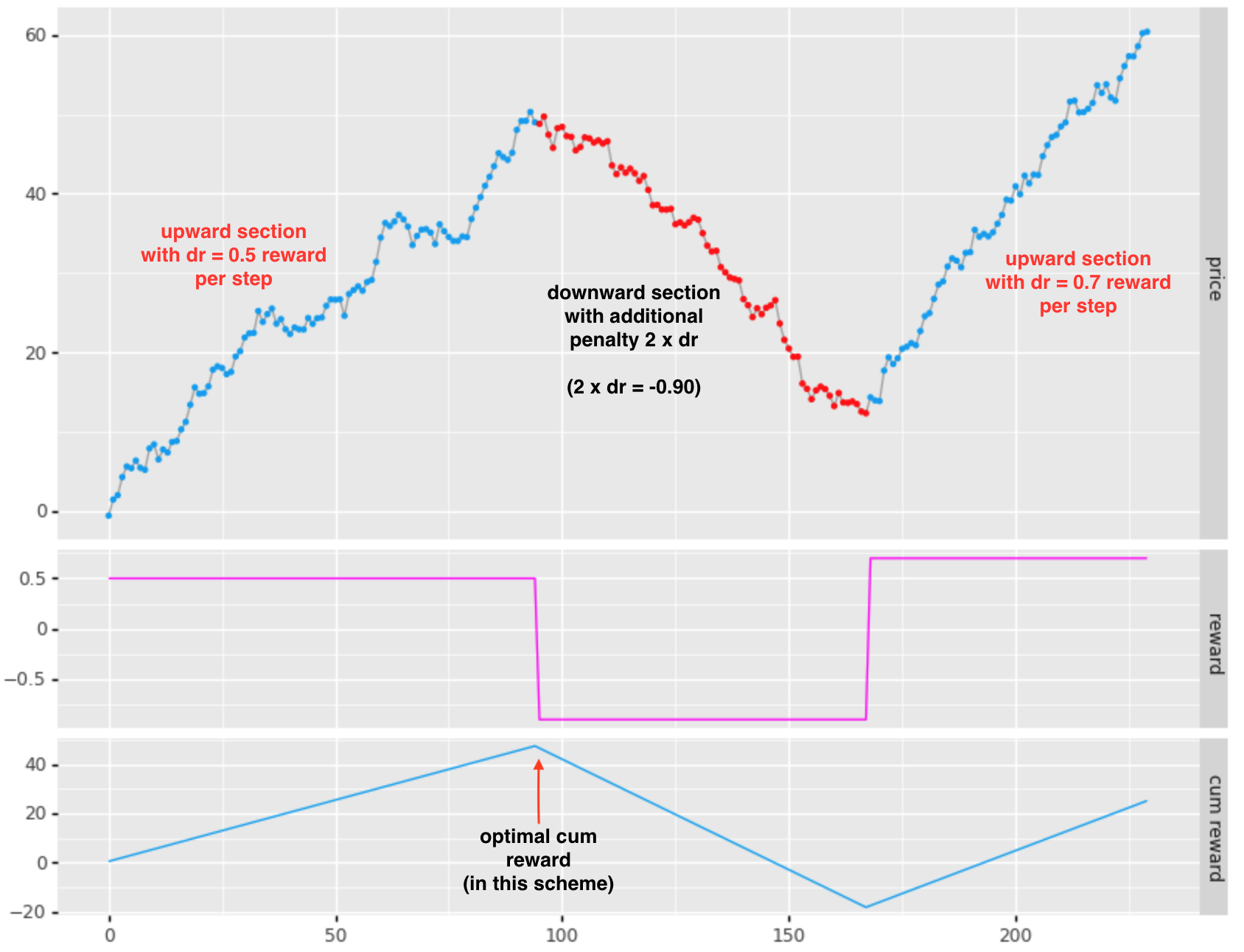 This is good, as now the optimum shows my preference for not riding through the -39bps of drawdown in order to achieve an additional 10bps above the 50bp move of the first section.

There are other aspects one may wish to incorporate into the reward function, for example:

Finally, would love to hear from readers regarding your own RL experience, problem setup, etc.