As mentioned in the prior discussion feature selection (1/3), of primary interest is understanding the contribution of each feature in \(\vec{x}\) to the outcome or class labeling function \(f(\vec{x})\). One way to examine this is to understand how the distributions: 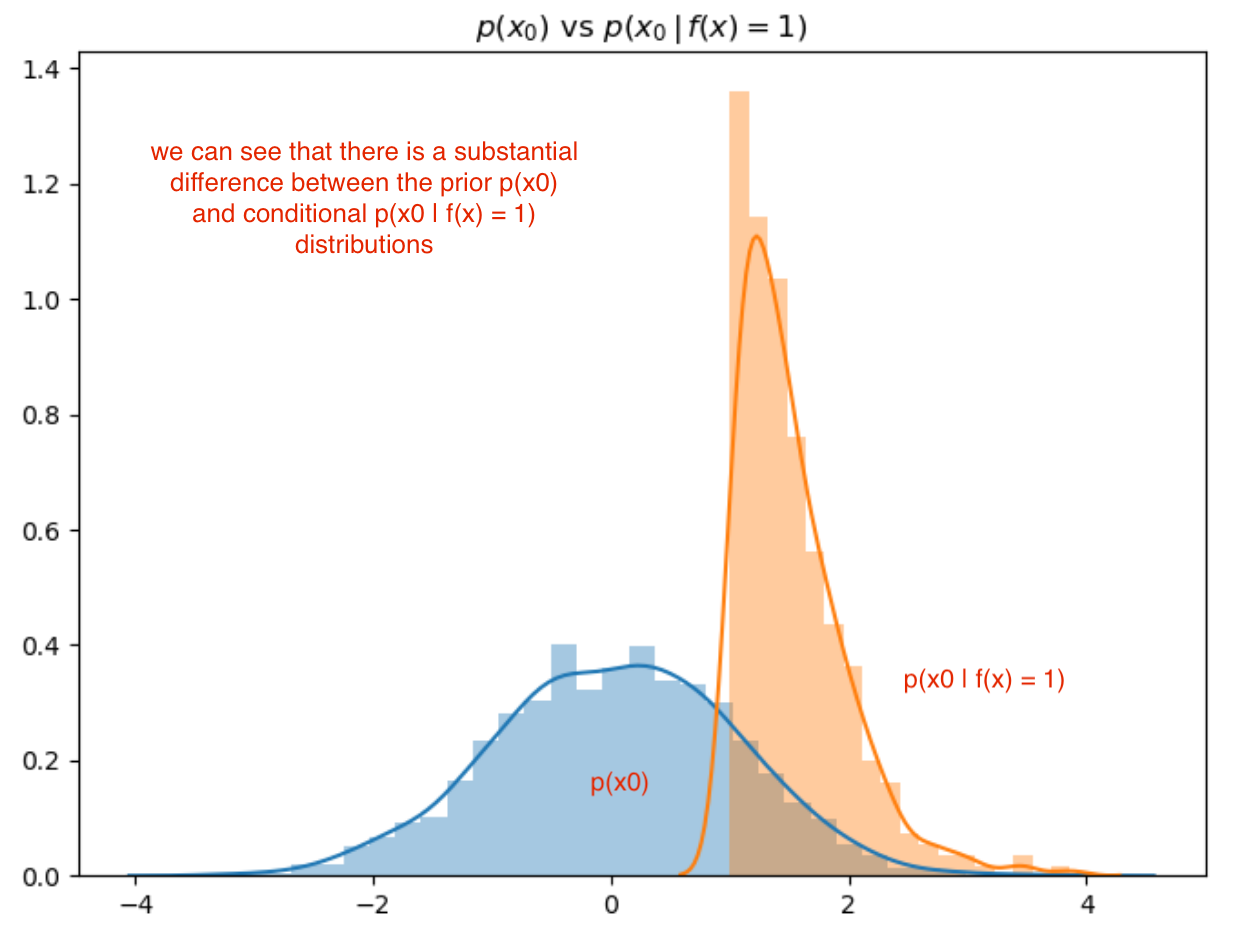 We can clearly see (above) that feature 0 has a strong relationship with the function f(x) given the significant difference between the prior and conditional distributions.

However, in the next figure (below), feature 1 shows no impact on the outcome of f(x); this is evident by the lack of difference between the prior and conditional distributions for feature \(x_1\): 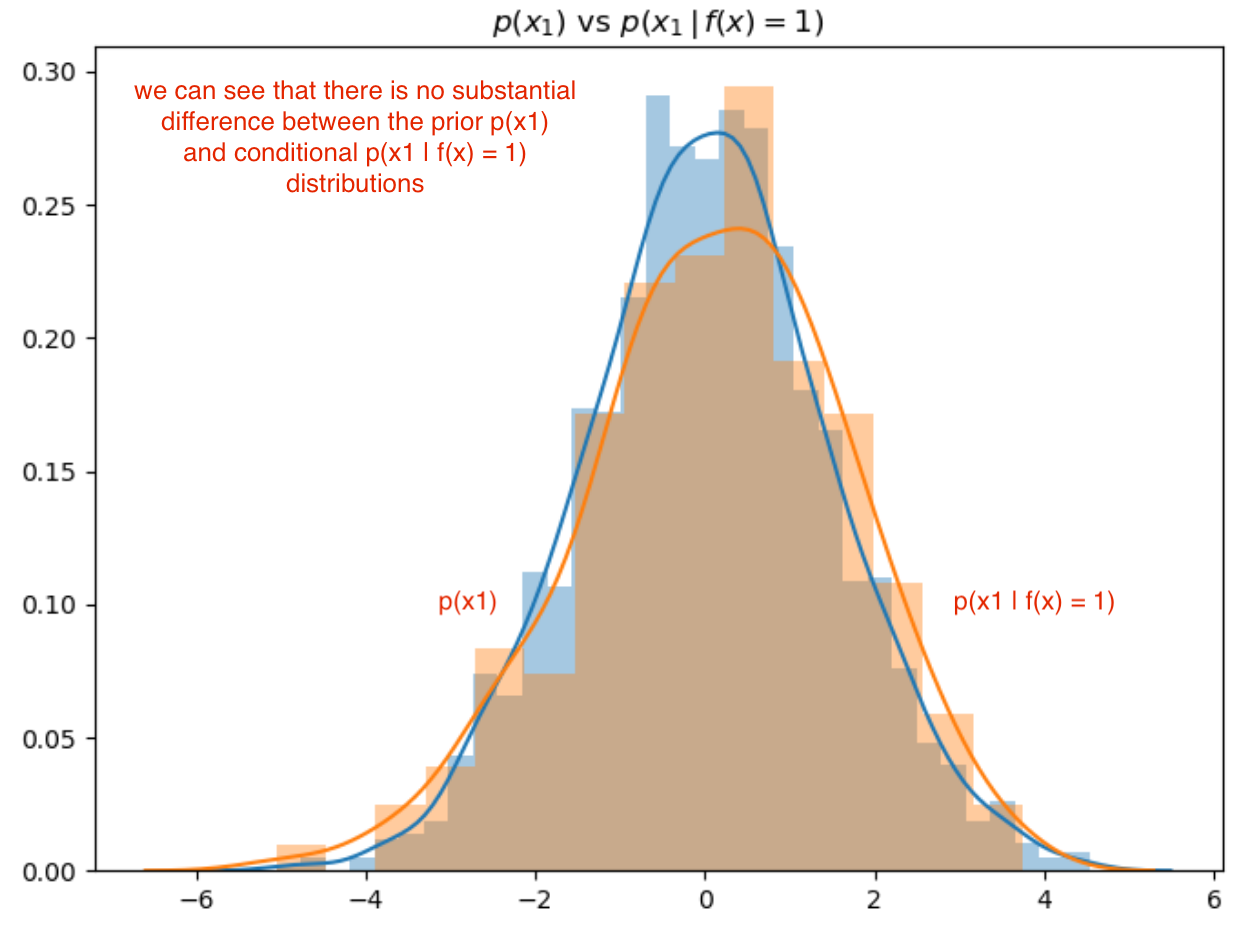 To determine which features have impact on f(x), we can do the following:

Here are some distance measures we could use in determining the difference between the prior and conditional distributions:

At some point will do an analysis to compare how the two perform. For the moment forcusing on Wasserstein distance.

The 1st order Wasserstein distance is known also as the “Earth Mover Distance” (EMD). The approach determines the “amount of work” required to move mass from one distribution to another such that they are equivalent. This amount of work: sum of mass moved over a distance is the EMD metric. In the diagram below we have 2 different distributions with unequal mass / position of mass. The EMD algorithm determines the minimal flow (distance x mass) required to be moved to equalize the distributions: 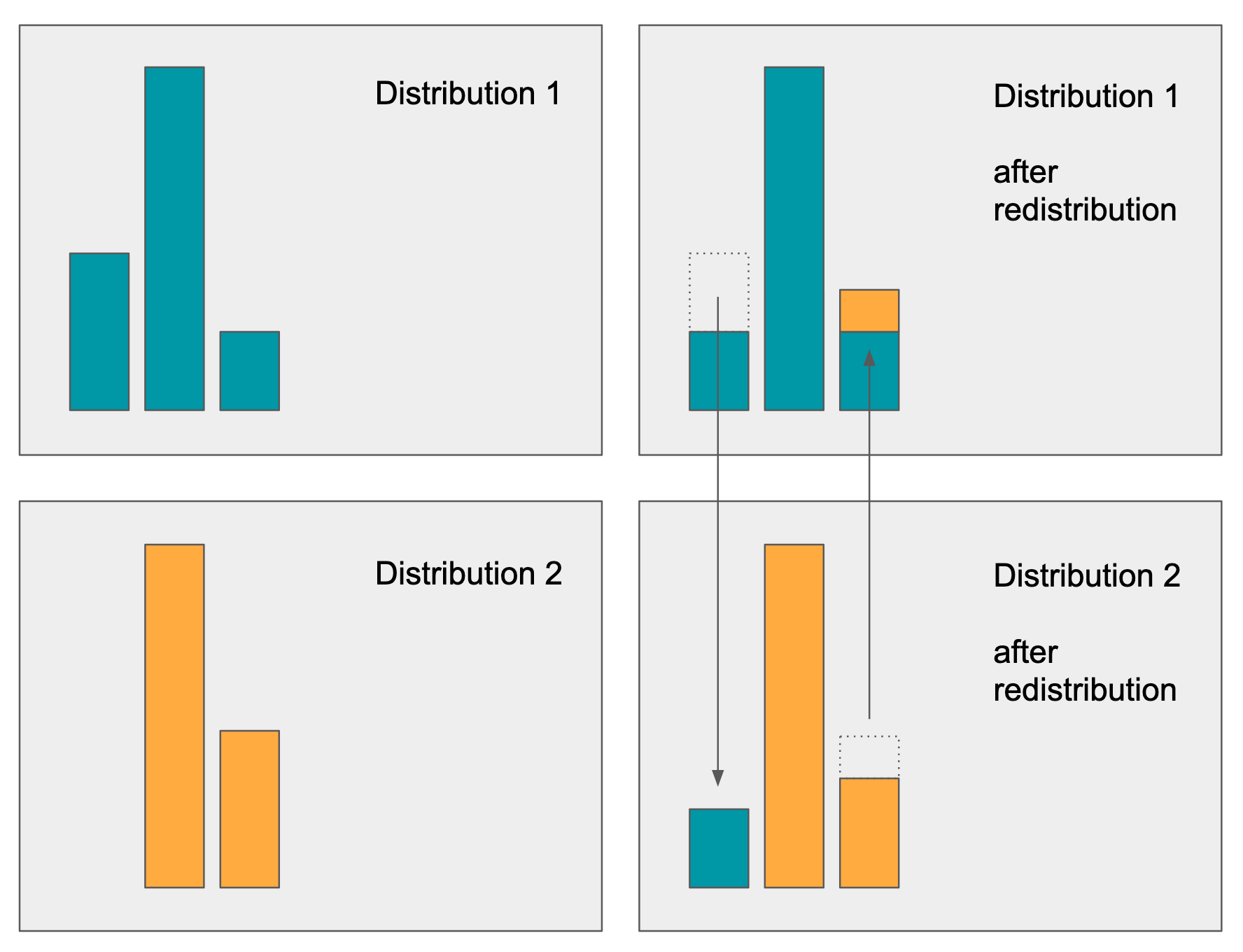 The amount of mass redistribution (and distance travelled) is a good representation as to how different any two distributions are, and is applicable to both univariate and multivariate distributions.

The algorithm is as follows:

For now have use a heuristic algorithm to deal with the correlation overlap, and also avoided the sub-space considerations.

In this post I did not compare the “goodness-of-rank: of this method versus other methods (this is quite hard to do objectively). However, in practice have found this method: